DEVOS CLAIMS GUN VIOLENCE IS BECAUSE OF LACK OF FAITH

What do you think about Education Secretary Betsy Devos’ claim that putting God back into our public schools would solve gun violence?

DeVos appeared on “60 Minutes” Sunday night and was unable to answer questions about schools in her own state. She has been criticised roundly four the interview, critics saying it shows she is uninformed and not qualified for the job.

Monday afternoon, DeVos defended herself on Fox News, saying, “What the 60 minutes interview does not highlight is my faith in God and Biblical principles that would have kept violent marijuana addicts like the school shooter in Florida from hating his fellow man. A few ‘gotch’ questions does not show the American people how my heart is filled with the shed blood of Jesus.”

Devos has advocated for more guns in schools in the past saying that rural schools need to protect children from grizzly bears and other dangerous wildlife.

White House press secretary Sarah Huckabee Sanders said she’s not sure if the president saw the entire interview. But s 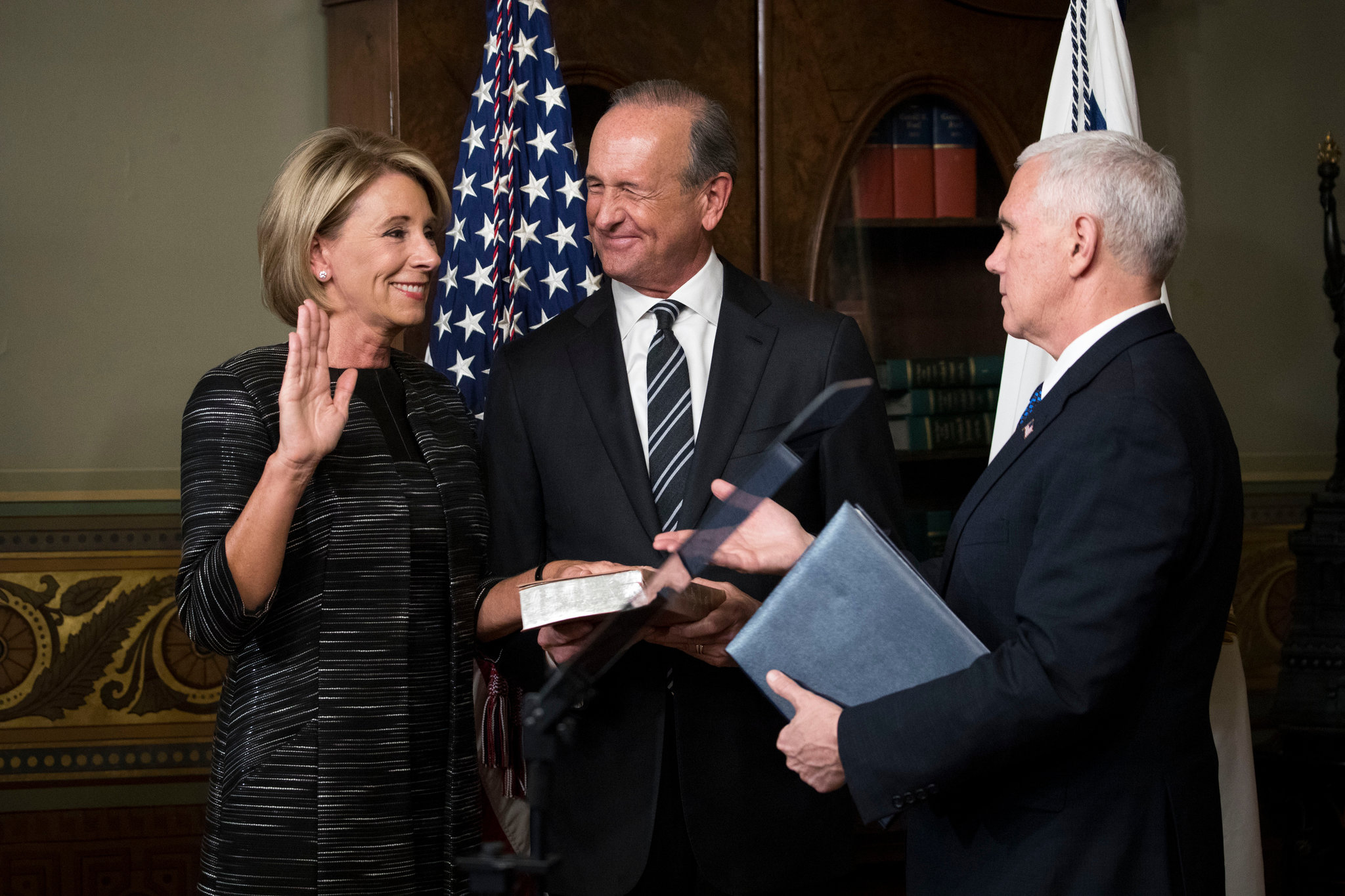 Sources tell Fox News’ Sean Hannity that administration officials inside and outside the White House are regarding the interview as uneven and ill-prepared. However, right now she still has a vote of confidence from the president who put DeVos in charge of a commission that will focus on putting God back in our public schools.