ALEX JONES CLAIMS PEPE THE FROG IS A SYMBOL OF HOMOSEXUALITY

In a stunning turn of events late this afternoon, journalist Alex Jones has denounced the Alt-Right movement because he has uncovered definitive evidence that PePe the frog is gay.

The Alt-Right white nationalist movement has long used ‘Pepe’, a cartoon frog, as their unofficial symbol. Jones, noted conspiracy journalist of the Infowars radios show, stirred controversy last year when he claimed that the government was spiking chemicals into the nation,s water supply that allegedly caused frogs to turn into homosexuals.

In a last-minute press conference at the prestigious Steam-works Bathhouse in Chicago, Mr. Jones who has gained mainstream notoriety since our Supreme Leader, Donald J. Trump gave him press credentials to the White House said the following. 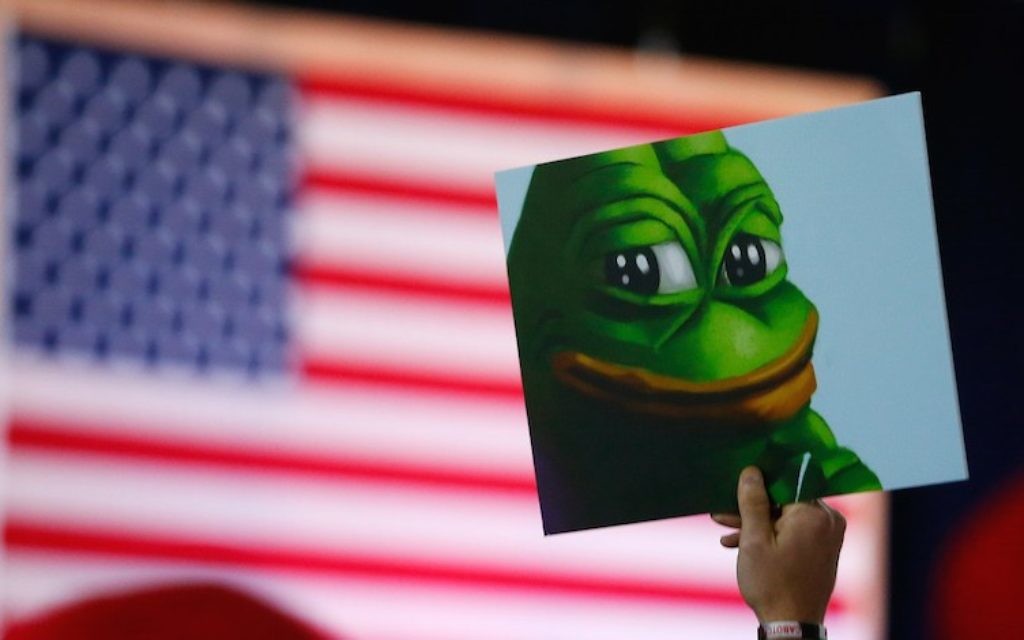 Tucker Carlson: Yes Sir, um.. um.. No sir, I’m not questioning your authenticity, I’m just asking where you’re getting your information? Where are you collecting your data? That’s a bold statement and many of my followers use PePe the frog as their profile photo. I’m not sure how that makes them gay?

The press conference ended shortly after the exchange took place, and our own Tucker Carlson left the event after spending fifteen minutes in a private room with an unknown interviewee.

We here at Fox News are deeply saddened that so many of our own followers use PePee the frog as their profile picture. Even if the frog isn’t gay, it’s really silly looking.